Throughout the website you may come across a few words that seem strange or unfamiliar. We wanted to make it as easy as possible for you to understand more of the words that may appear in your assessment, or aid you in choosing the best assessment for your needs.

If there’s a word we missed that you’d like us to clarify further, leave a comment at the bottom of the page and we’ll add it to our “to-do list.” 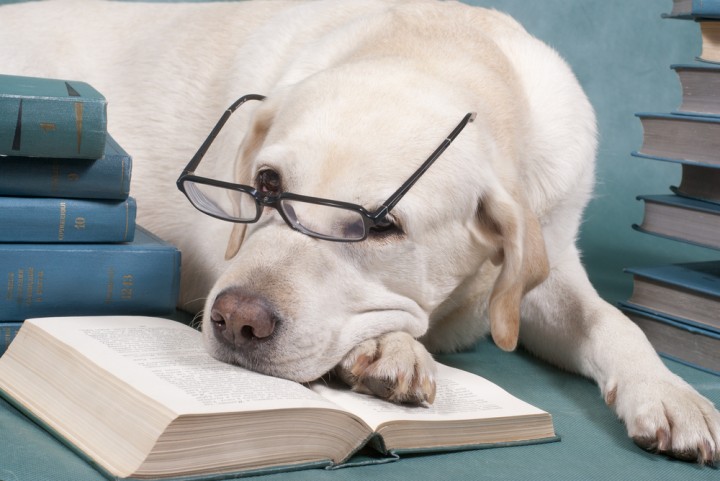 Clarifying terms regarding DISC, Motivators, EQ, and other assessments 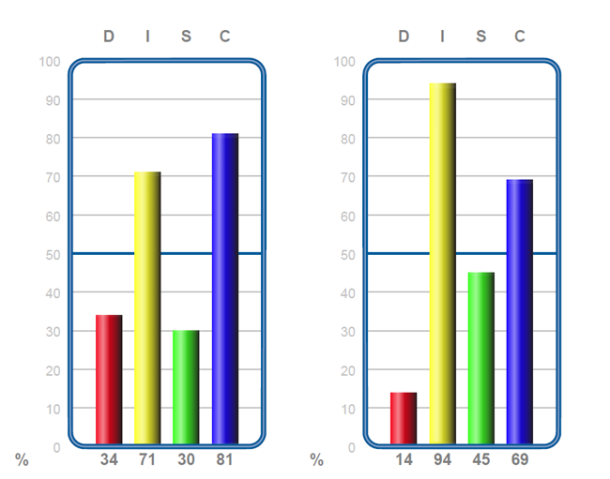 Adapted style is a term we use to describe how you adapt your behavior to do your job.

The chart above on the left represents how you adapt your behavior, while the chart on the right represents your natural style.

A great example of adapting from your natural behavior comes from Bob Ross, the Happy Painter.

He spent 20 years in the United States Air Force and retired with the rank of master sergeant. 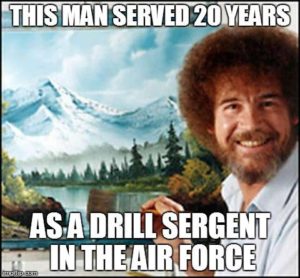 When Ross retired from the Air Force, he allegedly vowed never to scream again.

What Ross was describing above was his adaptation to the job. If you’ve seen his “Joy of Painting” shows you know he’s the guy who paints happy trees, tells you to believe in yourself, relaxes you while you learn. Not what you’d have in mind for a drill sergeant.

Maybe you can relate. Do you have things about your job that are making you a different person? Do you have to be more urgent, aggressive, patient, analytical, detailed, or supportive?

DISC is a science developed over many decades regarding human behavior.

(alpha) is a coefficient of internal consistency. It is commonly used as an estimate of the reliability of a psychometric test for a sample of examinees.

Scale reliabilities were calculated using Cronbach’s alpha (α), which is considered  the most appropriate statistical test for calculating reliability. The statistic models internal consistency, based on the average inter-item correlation. These evaluations are a more rigorous approach than a traditional split-half statistic. Cronbach’s α is a statistic bounded by zero to one. In general, an α equal to or greater than 0.6 is considered a minimum acceptable level, although some authorities argue for a stronger standard of at least 0.7. Careertopia’s Behaviors assessments scored a minimum of 0.826.

TTI’s Motivators assessments contain twelve frames of six phrases each. Each phrase is an indicator of one the six latent motivations. Respondents rank order the six items from one to six, with number one being their highest ranking of the statement, down through number six being their lowest ranked statement. Scales are constructed by reversing the rankings, summing  up related items’ ranks, and adjusting the score upward to avoid possible zeroes. Results from Careertopia’s Motivators assessments indicate trustworthy reliability for all six scaled with Cronbach’s alpha (α) ranging from 0.7 to 0.8.

A study completed in 2012 concluded that there is no evidence to suggest that any of Careertopia’s assessments measuring Behaviors (DISC), Motivators, Acumen or Competencies could cause adverse impact with regard to gender, race, disability or veteran status. All subgroups were EEOC compliant, well within the guideline of 80 percent, and well within the first standard deviation from the population mean.

TTI’s complete and comprehensive Adverse Impact Study validated the use of assessments within employment practices.

EQ stands for Emotional Quotient. Sometimes referred to as Emotional Intelligence, EQ is a measure of your ability to identify, assess, and control the emotions of oneself, of others, and of groups.

Natural Style is a term we use to describe your behavior when you are being yourself. How you would behave if you weren’t compelled to be someone different.

Your natural style is displayed in the graph above to the the right. You can compare this to your adapted style and often find out what areas in your behavior are causing you stress.

TTI is the developer of the assessments we use. Careertopia is considered one of TTI’s top distributors of their assessments.

This website uses cookies to improve your experience while you navigate through the website. Out of these, the cookies that are categorized as necessary are stored on your browser as they are essential for the working of basic functionalities of the website. We also use third-party cookies that help us analyze and understand how you use this website. These cookies will be stored in your browser only with your consent. You also have the option to opt-out of these cookies. But opting out of some of these cookies may affect your browsing experience.
Necessary Always Enabled
Necessary cookies are absolutely essential for the website to function properly. This category only includes cookies that ensures basic functionalities and security features of the website. These cookies do not store any personal information.
Non-necessary
Any cookies that may not be particularly necessary for the website to function and is used specifically to collect user personal data via analytics, ads, other embedded contents are termed as non-necessary cookies. It is mandatory to procure user consent prior to running these cookies on your website.
SAVE & ACCEPT